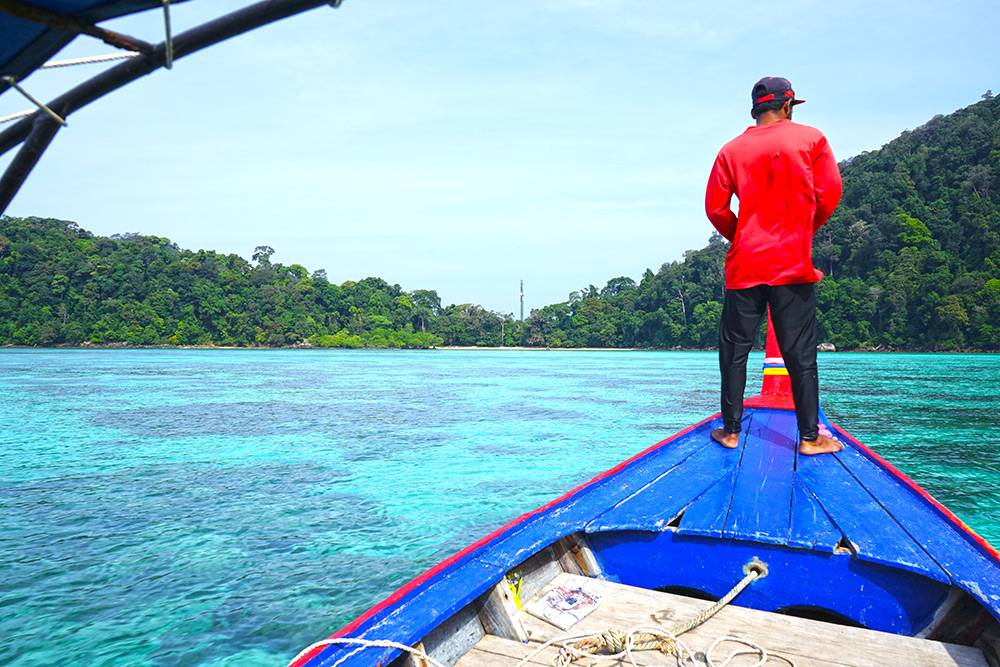 Koh Surin islands and their interesting inhabitants: the Moken

By Pol Comaposada18 May 2021No Comments

Koh Surin Islands National Park is located 60 km off the coast of Thailand’s Andaman Sea, north of the Similan Islands and south of Koh Phayam island.

The archipelago of Koh Surin

The archipelago is made up of 5 islands, although in reality there are only 2 large ones, and the other 3 are small islets. As in all other National Park in Thailand, it is not allowed to build in these islands, except for the Park’s headquarters and some tourist bungalows. Besides passing tourists, only the rangers, some military personnel and the original inhabitants of this sea, the Moken or Sea Gypsies, are allowed to live in Koh Surin islands.

In Koh Surin islands we find some of the most beautiful beaches and clearest waters in Thailand, offering good snorkeling and several excellent diving spots. One of them, Richelieu Rock, is often in the Top 10 of the best pinnacles in the world for diving.

Koh Surin can be visited as a day tour from Phuket, Khao Lak and Kuraburi or, an even better option, a multi-day tour spending a night in Koh Surin, sleeping in a tent or bungalow. That’s exactly what I did, and believe me it was pure bliss to wake up in front of such a paradisiacal beach.

If you come on an all-inclusive agency tour, it will certainly include snorkeling gear for you to explore the magnificent waters that surround Koh Surin islands. If you come on your own, you can join the boat tours organized by the Park for 200 THB, or rent a private boat for 4000 THB. They also rent goggles for 160 THB.

Entrance to the national park costs THB 500 for adults and THB 300 for children.

In addition to enjoying the beaches and snorkeling, you cannot miss a visit to the town of the Moken ethnic group. It is very worth it. If you go, you can support them by buying some of the souvenirs they offer.

The Sea Gypsies of ​​Thailand: Who are they?

The Moken -also known as Sea Gypsies or Chao Ley- are a traditionally nomadic ethnic group made up of only about 2 or 3 thousand people. They have lived for hundreds of years in the Andaman Sea, from southern Myanmar to southern Thailand, as well as in Malaysia and Indonesia. Throughout the dry season they used to live in the sea, sailing in their boats called kabang, and they only settled on islands in the monsoon season. The formation of permanent states and borders, which took over the islands, forced them to change their lifestyle and to settle permanently on different beaches. In Koh Surin National Park there is one such Moken village. Today most of its inhabitants are born, live and die on these small islands. They rarely go to the mainland or travel far from here. They are seafarers. Their natural habitat is the beach and the boat.

They speak their own language, Moken, which varies by region, and none of them have a writing system. Thus, their entire culture is transmitted orally from generation to generation. All Moken in Koh Surin can speak some Thai, and now that they get increasingly integrated into the national educational system they are getting more fluent, especially the younger generations. In fact, the Moken village of Koh Surin Tai has a small school, and one or more government-sent teachers, who live in the island with them. All children have Thai nationality, but not all adults.

Living in the sea for generations has turned them into true marine specialists, to such an extent that a scientific study concluded that Moken children have better than average underwater vision. Another study on the Bajau, a much larger Indonesian ethnic group, but in many ways similar to the Moken, pointed out that they have some differential genetic characteristics that allow them to last longer underwater and reach deeper.

In the religious sphere, Moken are animists. They believe in the spirits of nature and in the spirits of their ancestors, which they symbolize with the Lobong, wooden totems that they build in their villages. If you visit Koh Surin you will see these totems at the Park headquarters, right next to the Thai flag.

This Moken village is fortunate to also have a small clinic where a Thai doctor cares for the sick. Their traditional medicine is practiced by shamans, who go into a trance to mediate with spirits, believed to be the cause of illness.

Yes, it is worth sleeping on the island!

Koh Surin islands are little known, and therefore still off the beaten track. However, if you take a day tour, that is when you will find more people in the islands, as all group day tours visit at the same hours. Even then it is far from crowded. If you spend overnight there, you will have a better and more exclusive visit to this National Park. And you’ll have the chance to enjoy a beautiful starry sky and sleep with the sound of the sea waves. Total disconnection… and inescapable, as there is little internet access and electricity only works a few hours a day.

If you sleep on the island, you will probably stay in Chong Kaad Bay, where the rangers’ Headquarters are located. There you have two quite beautiful beaches. There is also a 2 km path that runs along the coast to Mai Ngam Bay beach. Some stretches of the trail are not very well cared for, and I got a little lost on the way back. You will often come across macaques, small iguanas, and monitor lizards.

Next to the bungalows area there is a restaurant, cafeteria and shop where they sell some snacks and basic supplies. There is also WIFI, although the always weak connection comes and goes, and only the AIS and DTAC telephone companies offer some coverage. Electricity to charge electronic devices is only available from 6am to 8am and from 6pm to 8pm. There is no hot water.

When to go to Koh Surin

Like the Similan Islands, Koh Surin National Park can only be visited from October 15 to May 15. The rest of the year it is closed. Opening and closing dates may vary + -15 days. The opening season is intended to coincide with the dry season in this area, although the very best weather is usually from December to February.

To know the exact opening dates you can call the Department of National Parks, Flora and Fauna of Thailand that you’ll find at the end of the article.

How to go to Koh Surin

If you want to visit Koh Surin on a day tour, you will find operators who organize them from Khao Lak and from Phuket. Khao Lak is the best option, as Phuket is quite far away (3-4h by car and 1.5h by boat), and you’ll literally spend more time getting there and back than actually enjoying Koh Surin islands. One of the best day tour operators is Siam Adventure.

If you want to stay in Koh Surin, then you have two options:

1) Join an all-inclusive package, including pickup from your hotel in Phuket, Kho Lak or Krabi. Some of the operators that offer these tour packages are: Seastar, Greenview and Sabrina Tour (you can find them on Google). At InThailand Travel we can also include Koh Surin in our tailor-made Thailand travel packages (not sold separately), as long as you take into account that you will be visiting an area relatively little prepared for tourism, run by small family-run operators. 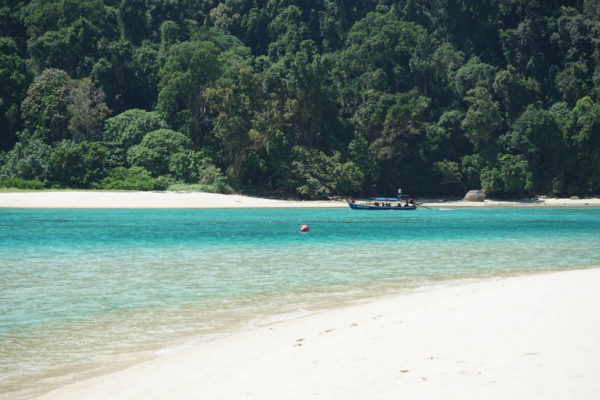 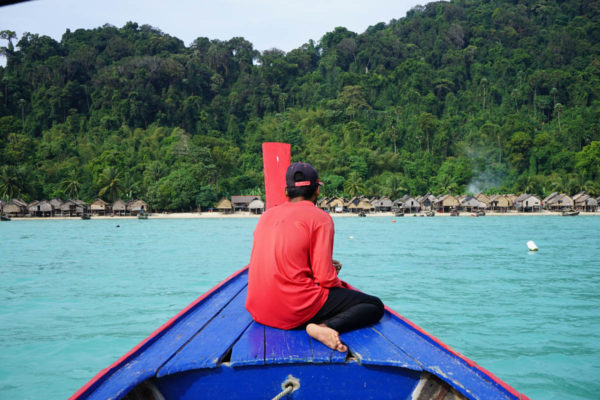 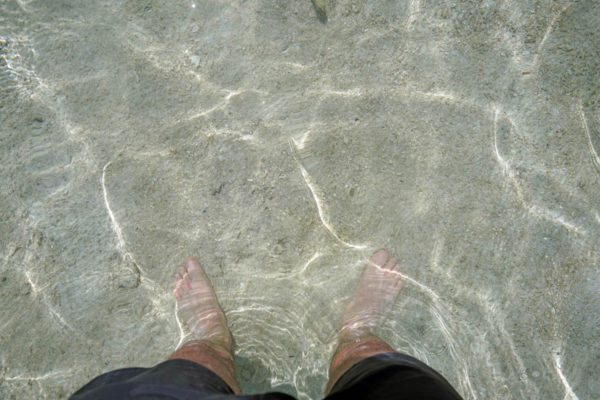 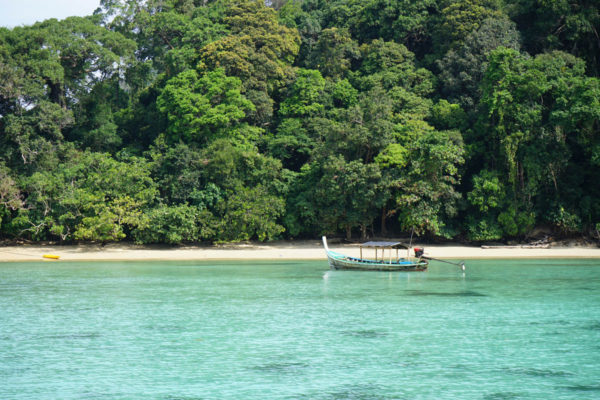 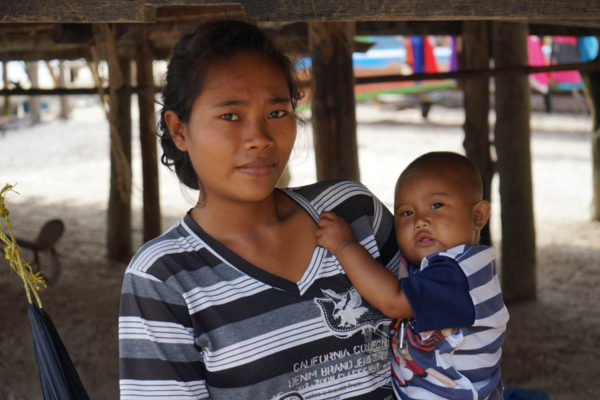 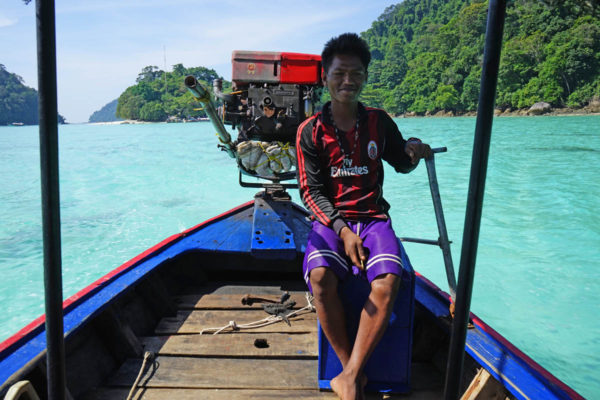 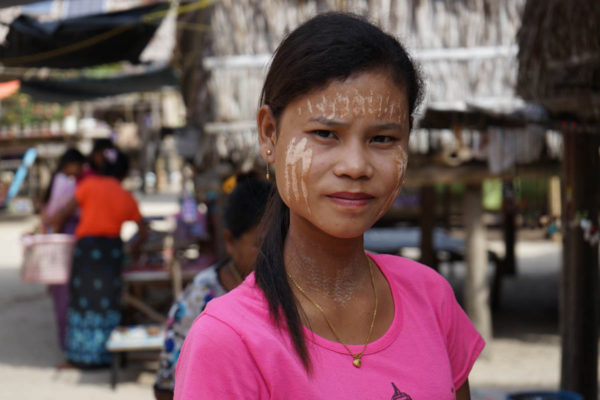 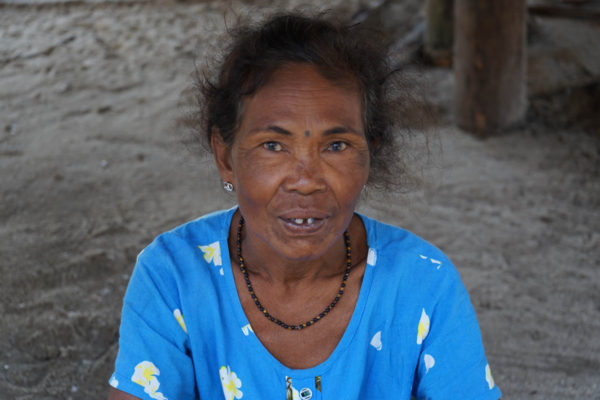 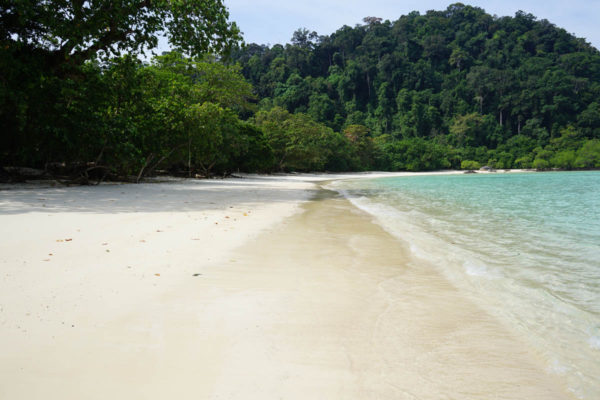 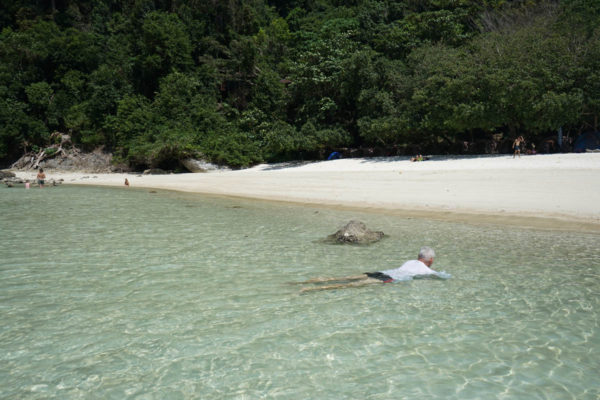 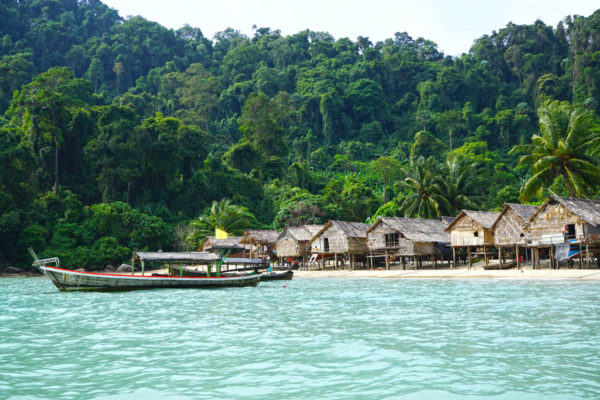 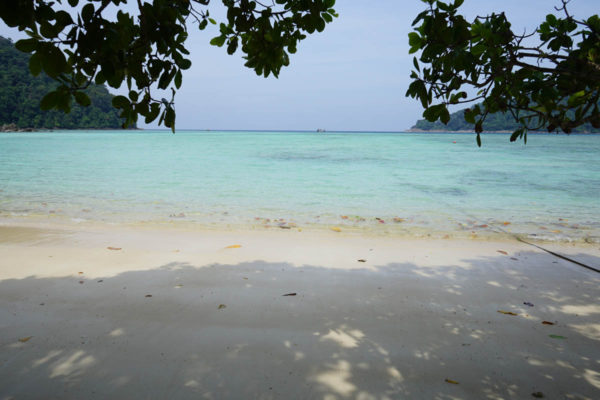